Writing recently in the children’s books section of The Guardian newspaper, author Cressida Cowell, listed her top ten mythical creatures in children’s books. There were dragons and goblins, yetis and dwarves, but no mention of mermaids! Intent on addressing this omission, I thought I’d give these mythical creatures a bit of a plug, whilst exploring what exactly draws us to these mysterious sirens of the sea!

Stories of mermaids have been told for thousands of years. They first appeared in Greek mythology, where it is said the goddess Atargatis fell in love with a mortal, but accidentally killed him. Ashamed, she cast herself into a lake where she transformed herself into a mermaid.

Indeed, the mermaid legend has often been tainted with tragedy and foreboding and children’s books about mermaids have certainly reflected this. Perhaps the most famous example was ‘The Little Mermaid’ by Hans Christian Andersen. His 1837 fairytale, relates the story of a mermaid who falls in love with a human prince. She sacrifices everything to win his adoration, only to find that he marries another woman leaving her heartbroken. 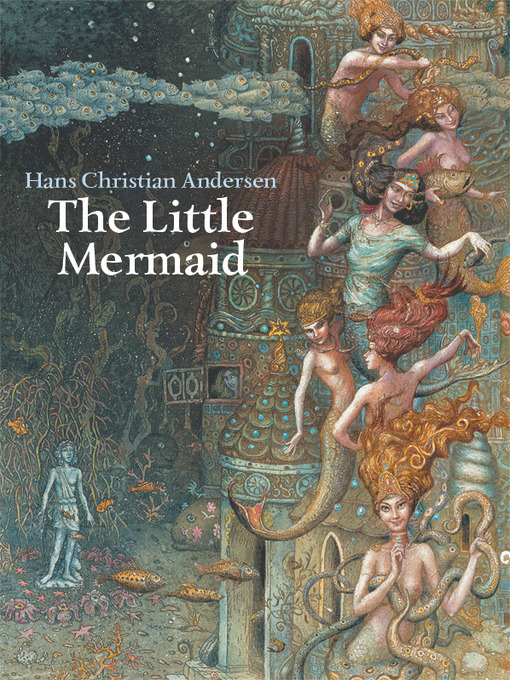 Some stories depict mermaids as benevolent creatures, capable of kindness or curing injury and disease. In British culture however, they have taken on a darker personality. Far from sweet and gentle, they are regarded as bad omens, luring sailors to their death or dooming entire ships to the bottom of the ocean.

The Mermaid in The Gherkin Jar

It is this dark and dangerous side to the mermaid legend, which has always intrigued me. In my own children’s book, ‘The Mermaid in The Gherkin Jar,’ Azalea, is a strange and enchanting character who befriends a little boy called Christopher after he releases her from a gherkin jar into his grandparent’s pond.

At first, the haughty mermaid sees the human child as nothing more than a source of amusement. Azalea playfully mocks and teases him. Until, that is, she discovers he has a disability. Upon this finding, her attitude changes, not least because she has a deformity of her own. Their handicaps give the two characters a degree of common ground.

However, as the story progresses, it becomes more and more apparent that the mermaid has other designs on the young and impressionable child. Although Azalea purports to be Christopher’s friend, it is unclear whether she can be trusted.

It is hardly surprising that mermaids have found their way out of adult mythology and into children’s books.  Beautiful, dreamlike beings who live beneath the waves seem the perfect characters to entertain and enthral, tempting us to believe that they actually might be real. So do they exist? 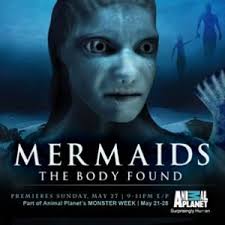 History is certainly full of mermaid sightings. Christopher Columbus stated that he had witnessed not one, but three mermaids whilst sailing off the coast of Hispaniola in 1493. In the late nineteenth century, two mermaid sightings were made near Vancouver and Victoria. A more recent report of mermaid activity involved reservoir workers in Zimbabwe, who, in February 2012, downed tools complaining that mermaids were continually hounding them away from the area!

More interestingly, the director Sid Bennett went to great lengths to supposedly prove their existence with ‘Mermaids: The Body Found’ a documentary-style program, which was released on the Discovery Channel in May last year. The program attracted much attention from viewers, even though it only contained a few shreds of truth.

Why do we want to believe?!

So what is it about the mermaid legend that is so compelling? Why do children’s books about mermaids, prove so popular and why do we seem so desperate to believe in them even in the absence of any concrete evidence? Perhaps it is the possibility that something so hauntingly strange and beautiful might exist that pulls on our own child-like sense of wonder and mystery. In this age of science, we are still desperate to believe that something remains above and beyond our comprehension; something that reassures us that we have yet to learn everything about the world in which we live.

So, I hear you all cry. What do you think, Tony? Are mermaids real? Do they really live in Gherkin Jars?! Well, dear reader, that would be telling, now wouldn’t it! You’ll just have to read the story and find out!